A week or so ago the power went out. It was Saturday night and only about 7:30 PM, so there was plenty of evening left, and I couldn’t convince my children otherwise.

In moments like these you really see your children’s imaginations come to life. Now my kids are pretty imaginative anyway, but for some reason a loss of power changes all the rules. Everything is new and scary. Bedrooms are taboo, and the living room becomes the open jungle. The family is officially on safari and struggling for their very lives. A large shadow on the wall or the settling of pipes in the floor is reason enough for any or all of the children to scream, huddle together, and bounce on and off Mom and Dad’s lap. The refrigerator is off limits and suddenly everyone needs popcorn. Bedtime is essentially out the window having been replaced with campout by candlelight. This is of course appropriate for a jungle safari. Board games are the peacemaker – that brilliant ray of light at the end of the tunnel and are, at the moment, better than sliced bread.

Normally this would be the perfect opportunity to spend that sought after quality time as a family, but after sickness and plenty of quantity time quality time isn’t exactly appealing to Mom and Dad.

With a box of tissues and a cup of lukewarm tea in my possession I wandered to my little alcove for quarantine and a date with my pillow. Unsurprisingly my passel of children followed my lead joining me and my husband on our full size bed. Earlier that day I could not have predicted that two adults and four children would be enjoying a paper, rock, scissors tournament in my bedroom.

This was only the first of many activities sparked by our sudden power outage. Yes this was becoming an event of Olympic proportions. The shadows which once sent each child running for cover were now a subject of great interest. As a result shadow puppets came to life all over our bedroom walls. These puppets gave rise to the inevitable discussion of monsters and scary stories which Dad quickly squelched. The children abandoned their scary tales easily and immediately replaced them with silly stories – very silly stories which involved varied forms of rhyme, alliteration and fantastic detail. Everyone had a turn and the laughter was infectious.

As time skipped along interest was given and taken from board games – Monopoly, Zooreka, Sorry, and Madagascar each had a fair shake. Additionally fascinating realities came to light in the dark.

The first response to the loss of power was not surprising. The children were disappointed that our evening had been altered – no Wii or movie tonight. These are of course traditional Saturday night family activities that would be missed. The kids, however, recovered nicely and with great zeal, but if I ever wondered how entrenched we are in modern technology a simple statement from my son reminded me with a smile. After excusing himself from a much anticipated game of Monopoly my nine-year-old called from an open bathroom door, “If you’re going to start without me, then email me!”

There is something about extreme darkness and an inability to change our situation that produces a need for everyone to be together. Even going to the bathroom can be too much separation, but thank God for the ever present option of email on one’s phone enabling us to keep in contact even at our most vulnerable station.

The overwhelming reality that superseded every game, activity, frustration and fear was the desire to be together and the knowledge that we should be together at all costs. I can hardly remember what we had planned for the evening before we lost power, but once the lights were out our course was determined, and our plans changed. Perhaps we had decided to travel in separate directions and pursue different activities, but thankfully high winds, a blackout, and nervous energy forced us into the same room to laugh, love and learn from each other.

In closing my nine-year-old later suggested that we pretend the lights are out every Saturday because it was so much fun. Sounds like a vote for family time to me, but maybe we could cheat just a little and have some popcorn and hot cocoa to go along with the candlelit craziness.
Posted by Unknown at 7:13 AM No comments: 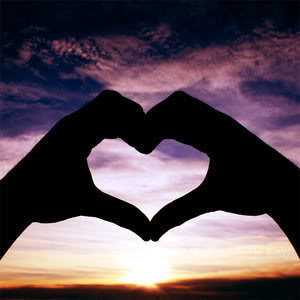 I set my heart and my mind on what is above
And rest in only these three things,
True Faith, Hope and Love


Today my 7-year-old daughter planned our Bible time activity and picked out a Scripture for us to read. She chose 1 Corinthians 13, commonly referred to as the Love chapter. This chapter is a beautiful expression of what true love looks like. Most of us have probably heard these scriptures referenced many times over in wedding ceremonies, books and even movies - but how often do we see these words in action or take them to heart?

As our little crew read and discussed the Love chapter I realized how woefully inadequate my attempts at loving are. I do try, but I get so frustrated, impatient and rattled. How can I ever measure up to this incredible standard.

As I contemplated my weakness and my children's weakness what became evident was our desperate need for God. If we were going to love anybody what we needed was an infusion of God's power, and the only way to connect with that power is to connect with God.

The way to connect with God is through studying His Word and spending time in prayer. Those are the two elements you just can't leave out - simple answers which require a not-so-simple daily discipline.

Discipline is always easier said than done. The truth is I need God's strength and power to even sit still and give him 20 minutes of my time, but when I do, I find that he supplies the time I was lacking for my other activities. I never regret having spent time with him, and I discover so much more than I came looking for in the process.

I could easily make the excuse that the Love chapter is too hard, even impossible to live out, but every now and then I do see glimpses of that love, and it is beautiful. It brings tears to my eyes, life to my body, and an overwhelming desire to share it with others.

The most vivid illustration of this love is Christ's selfless sacrifice for you and me on the cross. "But God demonstrates his own love for us in this: While we were still sinners, Christ died for us." Romans 5:8

How can we resist sharing this good news or fail to respond with devotion?
Posted by Unknown at 11:09 AM 1 comment:

Original Song by Jake Cooper and me, JP Murie.
Hope you enjoy!

Kids want to talk about what is important to them. When given the right opportunity they will pull out their treasures and invite others to join them in a world of innocence and play. For that reason we have incorporated Show and Tell into our homeschool. Show and Tell is fun, but it is also a terrific tool to help children overcome the fear of standing in front of people.

Some children struggle with the fear of public speaking while others embrace it with both arms. We have children in both camps. Our introductory Show and Tell confirmed this and was a bit like the Sesame Street piece “One of these kids is doing his own thing...”

The children prepared for their exposition by choosing a few items to share and drawing a number to determine who would go first. As I observed the goods that each child carried down the stairs from his or her room I noticed a theme. Three children were laden with blankets which cradled precious stuffed animals while one child held an assortment of papers, pens, books and buttons.

This third child, my eccentric five-year-old daughter, was adamant about going last insisting that her Show and Tell would be the longest. Little did we know the great truth harbored in her statement. To her dismay she drew the number two spot. Still my nine-year-old son went first providing a proper and well-ordered accounting of each of his stuffed animals, listing their names and explaining what he liked about each one. He received a warm round of applause and took his seat. The five-year-old was up next.

She began by passing out note cards and pencils to each participant. Apparently this was going to be an interactive Show and Tell. “Everybody draw a picture or write a story about a Bible story,” she instructed. To my surprise the three other children obeyed dutifully, as did I. Meanwhile our little instructor pulled out unrelated items and proceeded to describe each in great detail. These items included but were not limited to buttons, books, and a balloon you might use as a belt – or so we were told!

Impatiently, the nine-year-old asked, “What is your Show and Tell about?” “It’s about Jesus,” she chirped matter-of-factly. As if this answer should suffice, the kindergartener continued unruffled, “Now who wants to read The Ten Commandments?” My seven-year-old’s hand shot up. I sat in wonder, but before the young volunteer reached the third commandment, our fearless leader interrupted, “Who wants me to shoot a rubber band at them?” This time two more hands shot up; it was of course the boys.

Shortly after the rubber band war, the platform princess handed me a Bible and advised, “Mommy, it’s your turn to read a Bible verse.” “Which one do you want me to read,” I asked. “You choose, I can’t read,” she said. “Anybody want a sticker?” she followed.

Before the young audience could weary of her theatrics my darling diva wrapped up the show by asking who wanted to be first to share the Bible story they had written on their note card. One by one each storyteller stood to reveal the small piece of history he or she had recorded.

It was a hard act to follow, and it really was more of a Show than a Tell, but it was beautiful. It was lengthy, and it was the most unique display I had ever been a part of. However, next time I will be careful to limit each of the children to one item, and I will make sure that our long-winded, little, ladybug labors over her litany last.
Posted by Unknown at 9:25 AM 1 comment: