Five for Fighting - What If

So proud of my boys (the younger two) featured in this video by Five for Fighting!
Please watch, like and share.
This a great song with a great message!
Thank you #RomanWhite #54F #RevoPictures
Posted by Unknown at 11:54 AM No comments: 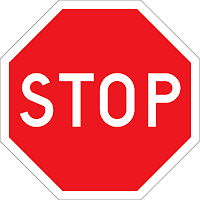 I haven't written, really written in a while. Sometimes thoughts and emotions aren't ready to be shared with the public. Often, what we have to say isn't really worth saying out loud. Maybe that's why I've stopped myself short of writing.

So, what else needs to be said? After all, Solomon wrote, “What has been will be again, what has been done will be done again;  there is nothing new under the sun.” Ecclesiastes 1:9. If that's true, then what truths do I need to echo? What anecdotes does my life experience add to the forum of ideas?

Earlier this year I felt God's familiar press on my heart, along with his voice in my ear saying, “Stop.” A parent knows that the command to stop is almost always followed by the word, “Listen.” And while it is easy to stop, it is much harder to listen, especially if the directions include a waiting period. Have you ever observed children while they are waiting? They squirm, they complain, they ask questions, get distracted, and finally begin to do their own thing. The same holds true for me and God. I'll stop for a while, get impatient or distracted and often simply wind up doing my own thing. It's hard to stop and listen, much less resolve to obey.

Jesus told his disciples that he did only what he saw his Father doing. He spoke only what his Father commanded. (John 5:19, John 12:49). I've asked myself more recently, “Is it worth saying or writing if it doesn't come from the Father?”

God has been dealing with me directly in regard to pride, ask my husband, it's been fun ;-). So I ask myself, “Is what I'm doing or saying, right now, out of selfish ambition or vain conceit. (Philippians 2:3) Am I in humility putting the interests of others ahead of my own? (Philippians 2:4).

Speaking of Jesus, John the Baptist said, “He must increase, but I must decrease.” There has been way too much of me in my head and too much of the world influencing my actions and reactions. I must stop and become aware of the voices I'm listening to. I need to refocus and readjust my ears to God the Father. He must increase, and I must decrease.

Posted by Unknown at 1:32 PM No comments:

So We Rode in Silence

It was the return trip from ballet. I had just picked up my smiling, 8-year-old ballerina. She was filled with the usual amount of adrenaline and proceeded to give me her after-class-update. I was listening and playing around with words - working on a new song using my voice recorder - normal for us. The presence of the voice recorder always elicits requests from my kids to make their own recordings. Tonight was no different, except it was just Haley and me.

I play with words. I write them. I sing them. I love them - how they flow, illuminate, startle and soothe. My daughter likes words too and has begun to string some together to create her own songs. Songwriting is a very creative process, and we songwriters crave independence and the freedom to pen our own clever combinations, unique phrases and catchy choruses. While creative control is essential we are bound by certain parameters like rhythm and meter. Meter helps a song make sense. By using the same pattern in the verses, and then another in the chorus, songs become recognizable and even singable. When words in a song don't follow a discernable pattern they don't work together and likely need to be changed in some way.

Now Haley is eight and is already a bit of a diva. The particular song she was singing tonight is one that has been on her lips for months. We've worked on it a little and recorded it before for fun. Tonight she asked me for help in recording it again. I agreed, but gently suggested that we cut out a few words so that the rhythm was even - to make the song more "singer friendly."

I braced for the impact realizing I was challenging her sense of style and in a way her identity. Her response was precisely what I expected, "But I like it that way." We went back and forth as I made small suggestions finally explaining that sometimes we have to be willing to change things that we like. When we make hard choices sometimes things turn out even better than we expected. She wasn't convinced.

So, we rode in silence.

Haley can be stubborn, but I knew what I was witnessing, because I've seen it in her before and more often in myself. It was pride. It is one thing to fight for your own vision and see it through to completion, but it is another to resist good, healthy counsel just to have your own way.

I understand the risk a writer takes when they put their heart and soul into a song and leave it out there for you to accept or reject, so I chose my words thoughtfully. But, at some point this ceased to be about a song and simple word choice and became more about character, discipline and malleability.

I could have let it go, and I have in the past, but sometimes we have to risk hurt feelings and teach the truth with love. Better minor disappointment in the car with mom than a false sense of greatness and horrible mediocrity later. The world is watching and the world is not as forgiving.

"Do not be wise in your own eyes, fear the Lord and shun evil...do not despise the Lord's discipline, and do not resent his rebuke, because the Lord disciplines those he loves, as a father the son he delights in. Blessed are those who find wisdom, those who gain understanding for she is more profitable than silver and yields a better return than gold. She is more precious than rubies; nothing you desire can compare with her." Proverbs 3:7,11-15So We Rode in Silence

Posted by Unknown at 5:47 AM No comments: